On the basis of the everyday life of total strangers, she devises semi-fictional scenarios in which she plays a part, and produces some unusual inventories. Tracking down the private affairs of her protagonists, resorting to methods sometimes akin to those of the tabloid press or police sleuthing, she conducts her investigations whether careful – (Suite vénitienne [Venetian Suite], 1980; Autoportrait à la filature [Self-portrait Shadowing], 1981) – or grating, interviewing for example, in 1986, people born blind about their feel for beauty.

La dernière image [The Last Picture] returns to the blind people series from which the museum possesses a set of works, and the subject of autobiography by giving a voice to the Other, who is either blind from birth or lost their sight following an accident, in their difference and their singularity.

In a dialectics between the testimony of several generations of blind people and the photography work she has done based on these stories, Sophie Calle offers a meditation on absence, on the loss of a sense and compensation for that loss, and on the notion of the visible and the invisible.

Sophie Calle, born in 1953, lives and works in Malakoff.

Sophie Calle has recently had a large number of solo exhibitions: MAC Montreal, Palais de Tokyo Paris, Museo Tamayo Mexico City, Castello di Rivoli Turin, Centre Pompidou Paris, She was guest artist for the French Pavilion at the Venice Biennale in 2007. She is also a regular exhibitor in group shows. 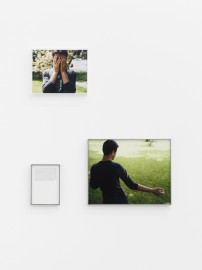 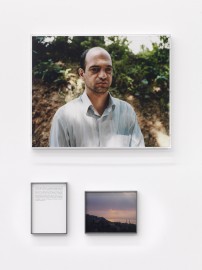 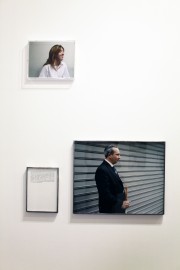 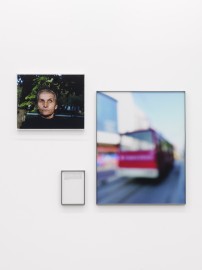