Born in the nineteenth century, photography has until the 80’s assumed a special status which was decided the question of its recognition as art. But once accepted as such, like cinema, she was able to continue to fully play the role of an "out of range", sometimes in a practice of daily personal accompaniment as always has been and still is drawing sometimes also as the default key stone to the test which test the truth of the work.

This exhibition does not deal with the photographic image as a simple formal source. It showed that few photographs but spoke it as a trigger of the work. The contre-images neologism formed on the duplicate model, to identify steps where the work is marked by this contact to photography. 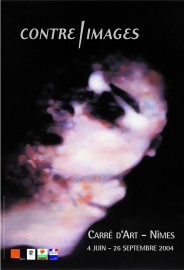