Back
Peter FRIEDL The Children 2009
Technical information of the work

The children reactivates a Socialist Realist painting from 1966 by the Albanian artist Spiro Kristo, entitled Femijet (The Children in Albanian). This work, which belongs to the Tirana National Gallery of Art collection, depicts seven children, five of whom are bent over a chalk drawing of a rifle. The toy rifle that the little girl in the white dress is holding over her shoulder echoes the one drawn on the ground. The abbreviation PPSH on the wall is the workers’ party initials. As in a real tableau vivant, nothing is spoken, except for a brief sentence that the little girl says at the beginning: “the image should stand out from the frame”. It is taken from The Order of Things by Michel Foucault, who himself quotes it as a word of advice given to Diego Velasquez by his master Francisco Pacheco.

The children represent innocence, but freedom as well. However, one of the girls, wearing the pink dress, is showing on her knee a copy of a Communist illustrated magazine for children. This presence is evidence of the way children are indoctrinated by visual and written material aimed at a very young readership. The harmonious scene in Kristo’s painting in an idealized street has been taken indoors inside a real building, now a ruin. What is more realistic than video taking into account sound and duration ? Realism is transformed as a method of investigation.

He has had major solo exhibitions at the MAC-BA Barcelona, the Kunsthalle Basel, Witte de With Rotterdam, and has participated in several Documentas and the Venice Biennale. 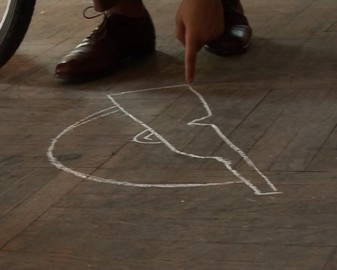 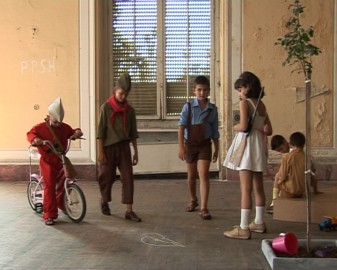 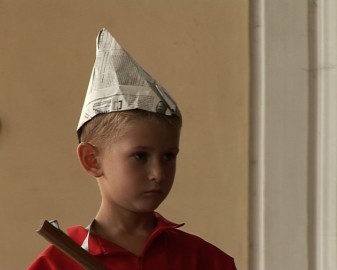