Back
Peter FRIEDL Untitled, 9 Drawings 1989-2014
Technical information of the work

Writing and drawing are central to Peter Friedl’s practice of art. He has been drawing on a regular basis since childhood. Some of his drawings are matrixes for his works. So they are crucial in how his work has developed and are often on show in chronological order at his solo exhibitions. The private diary is another constant practice since 1981, and his personal diaries were the subject of an exhibition in 2014.

The untitled drawings are done using a broad range of media, ink, pencil or marker, and are accurately dated with the day they were drawn.

This selection presents drawings picked out from the period 1989–2014. On some of them, a mixture of drawing and writing evokes politics, power, personal and collective history. The sketched outline of a face, along with the name Oppenheimer, conjures up the “father” of the atom bomb, who after the war was a committed opponent of the USA’s nuclear proliferation policy. The double portrait produced from a photograph is that of a young couple of anarchists Park Yeol and Fumiko Kaneko – he was Korean, she was Japanese – who were arrested in 1923. They were condemned to death in 1926 for conspiracy against the heir to the throne, the future Emperor Hirohito, in support of the Korean independence movement; their sentence was commuted to life imprisonment. He was released in October 1945, but she died in prison in 1926.

He has had major solo exhibitions at the MAC-BA Barcelona, the Kunsthalle Basel, Witte de With Rotterdam, and has participated in several Documentas and the Venice Biennale. 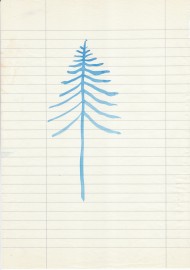 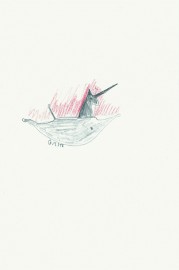 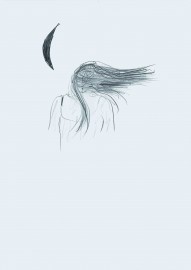 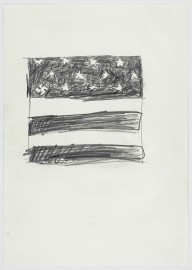 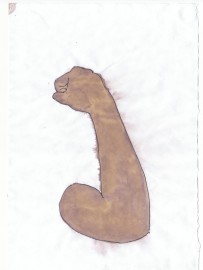 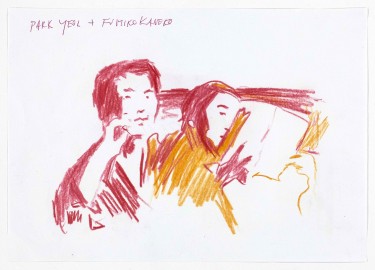 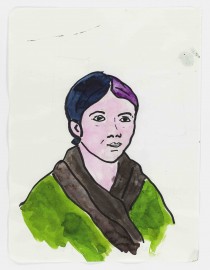